Love-Love Tennis
How Do You Handle Setbacks? Ask Keni or Juan Martín.

How Do You Handle Setbacks? Ask Keni or Juan Martín.

So, after his 2021 French Open men’s singles final match victory, Novak Djokovic inspired the world by giving his winning racket away to a young fan. Fast forward a few weeks, and the world was disappointed to see the 2021 Australian Open, French Open and Wimbledon men’s singles champion lose his temper during a match at the Olympic Games Tokyo 2020 and throw his racket into the stands.

There are so many “life lessons” that one can glean from observing Djokovic’s on-court behavior so far in 2021, such as a reminder that you may be only as good as your last “win” in others’ eyes and that an adoring public can turn into a critical one in almost the blink of an eye. Or that all our lives, whether we are public or private figures, are comprised of ups and downs, wins and losses.

If you’re a tennis player, you will experience setbacks throughout your tennis career – either injuries or defeats, or both. Important questions to ask yourself are: How will I respond to unexpected setbacks? Will I let my setbacks define my game and keep me from achieving success in the future?

Those two questions may not be so simple for you to answer in the face of unexpected challenges. There are two world-class athletes and fellow Olympians, however, who have successfully answered them and who can be inspiring examples for all of us, including Djokovic. Consider the stories of Olympic silver medalists Kendra “Keni” Harrison and Juan Martín Del Potro, both of whom used their prior setbacks to fuel their Olympic success:

So, the next time you face a setback on the court, remember that you’re not alone and that even tennis greats like Djokovic struggle. And, though trying to forget your setback might be tempting, keeping it top of mind and being motivated by it may just be the key to winning again and achieving future success. 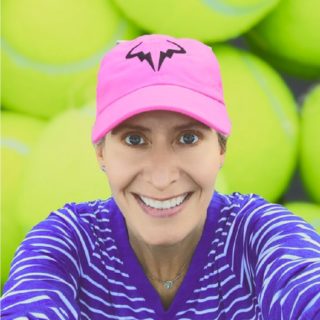